One of the most popular places to visit in Amsterdam for art fanatics, this Museum goes back to 1809 when it was built to house the brilliant art and antiques of the nation in more than 250 rooms. There is also a huge library with an extensive collection of more than 35,000 books and manuscripts. Traditional handicrafts, medieval sculpture, and modern art styles are also on display here. You can hire an Amsterdam tourist guide or take a language guided tour of this museum.

This is one of the most popular historical Amsterdam attractions. There cannot be a trip to this city without a visit to this house first. Anne Frank was a young Jewish girl who lived at the time of the Second World War. While hiding from the Nazis she left a diary that describes the hardships her community went through. This museum contains the building where Anne’s family remained in hiding.

If you are wondering what to see in Amsterdam, the Van Gogh museum is an ideal pick. 1.5 million visitors flock to the museum annually which makes it one of the most important art galleries in the world. Gogh’s tragic life and extraordinary talent make it the second most visited museum in Amsterdam. There are more than 200 paintings, 500 drawings, and 700 letters from Van Gogh that are on display here.

If you are looking for some calm and serenity, this is one of the best places to visit in Amsterdam. It is one of the oldest hofjes and is primarily a group of historic buildings. It was originally a Béguinage and in present times is the site of two churches, the Catholic Houten Huys and the English Reformed Church. It has a secluded garden where one can enjoy a peaceful time as well as wondrous Mondrian-designed pulpit panels.

Amsterdam’s most popular park, it allures thousands of tourists and residents everyday. It is home to many restaurants and cafés, including the Blauwe Theehuis, Café Vertigo, Vondelpark3, De Vondeltuin, and the Groot Melkhuis. There is a skate rental shop, an open-air theatre, and a rose garden with more than 70 types of roses in the park.

This is one of the best places to visit near Amsterdam, especially if you are a beer buff. It started in 1864 and a tour around the brewery will help you understand the Heineken magic that works behind beer-making. We would recommend you buy a VIP tour where you can taste 5 different beer types with complimentary fromages.

The famous Red Light area is one of the most visited Amsterdam tourist places. There is a bar in every nook and corner of the Red light area. Dutch drinks, especially the locally brewed beer is popular all over the world. The Old Sailor and Cafe Hill Straight Blues are other popular options.

Located in Dam Square, it is one of the most popular places to visit in Amsterdam on every tourist’s list. It was earlier a town hall but is now in hands of the state and used for Royal Official Dutch functions by the family. The palace remains opens to visitors throughout the year who love to look at the Citizen’s Hall at one of the best Amsterdam attractions.

Famed as the Garden of Europe, Keukenhof is one of the largest flower gardens in the world and is situated in South Holland. When you are exploring Amsterdam, you can easily head to Keukenhof as it just 40 mins drive away from Amsterdam. If are a lover of tulips you should visit the garden in mid-April. Don’t forget to add this place to your itinerary as it will completely bewitch you!

This is one of the most interesting places to visit in Amsterdam. It is located in a building that resembles a spaceship on the main waterfront of the city and is an expansive archive for Dutch films. Many screenings for international and Dutch films are organised here that are enjoyed by locals and tourists alike. 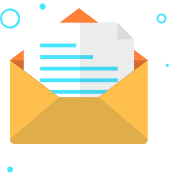